We’re on the verge of epidemic of low testosterone around the world. This is not scaremongering or hot air.

This is the real deal.

Men of all ages are suffering from symptoms of testosterone deficiency.

According to a study on testosterone replacement therapy in the UK, over a 10 year period from 2001-2011 testosterone prescriptions increased 90%!

Recent evidence even suggests that men with low levels of testosterone are more likely to get chronic illness. These illnesses include heart disease, type 2 diabetes, stroke, arthritis, chronic obstructive pulmonary disease, and even clinical depression.

However, most men may not be aware of the risks of developing low testosterone levels and still continue with their unhealthy lifestyles. Or they may just choose not to bother because they haven’t been clinically diagnosed with such deficiency anyway.

Experts warn that this complacency may lead to a slow decline in one’s health, which can possibly lead to death if left unmanaged.

Although the authors of the testosterone replacement therapy study maintain the number of men with low testosterone (hypogonadism) remained consistent:

There are two issues here. Firstly, classifying only 6.0 nmol/L or below as testosterone deficiency is a JOKE.

There are men with higher total testosterone yet have symptoms of low testosterone. However, doctors insist on treating them as a lab number.

Secondly, even though the pharmaceuticals may have ramped up their marketing for TRT, I doubt even they could hope to achieve a 90% prescription increase.

So what’s really going on?

To find out, let’s take a look into the main causes of testosterone deficiency in men.

For those who doubt the effect of the environment on your endocrine system – take a look around.

We re now bombarded all day every day from environmental toxins. From car exhaust fumes to

The European Union has even had to regulate hormone-disrupting chemicals because it has gotten that bad.

And people are quick to attribute this decline to the increase of toxins released into the atmosphere and people ingest over the years. 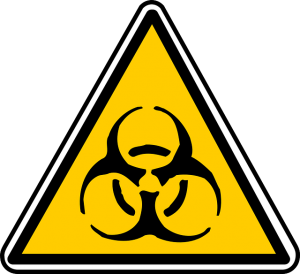 After all, there are certain chemicals that have been proven to cause hormonal imbalance in men.

And most of them are found in everyday items.

Phthalates are found in almost every item you can think of. From toys, to air fresheners, plastic products, and even paints. Aside from smelling bad, it can cause a drop in your testosterone level as well.

If environmental toxins can cause cancer and diabetes, you can bet they cause testosterone deficiency.

Men who are obese have higher chances of testosterone deficiency. In the same way, men who have low testosterone are more likely to suffer from obesity.

Metabolic syndrome or obesity lower testosterone levels in men. The reason for this is because adipose [fat] tissue is abundant in the aromatase enzyme.

Obesity also lessens SHBG (sex hormone binding globulin), the protein that transports testosterone in the bloodstream which results to decreases the level of the hormone in men.

You don’t have to look far to see that obesity is everywhere in the West.

Therefore, we can conclude obesity is a major cause of testosterone deficiency in society today.

Then there’s metabolic syndrome. Not to be confused with obesity, it’s a condition wherein a person has abnormally high blood sugar, cholesterol levels and blood pressure. People who have this condition also typically carry excess fat or have waistline obesity.

All these characteristics of metabolic syndrome can contribute to testosterone deficiency.

High blood sugar reduces the secretion of the LH hormone, which triggers the testes to produce testosterone.

Metabolic syndrome secondary to hypothyroidism can limit your body’s ability to make testosterone.

Indeed, testosterone decreases by around 1% every year from the age of 30.

It’s a natural part of the ageing process.

However, one must be careful not to confuse low testosterone symptoms for signs of aging. Both conditions share the same symptoms such as muscle weakness, tiredness, loss of sex drive, energy loss, and mood swings.

Although there is now research to suggest “there is an age-independent population-level decrease in T”.

Another cause of testosterone deficiency is injury to the testes.

This could be due to a sports injury or an accident for example.

Furthermore, conditions such as testicular cancer may result in the interruption of testosterone production.

However, it’s not just direct impacts on the testes that cause testosterone deficiency.

Certain infections like mumps, can cause the testicles to produce less testosterone if it happened after puberty. Genetic conditions like hemochromatosis which makes one’s body absorb too much iron can affect the way the body produces testosterone as well.

Not being able to shield the testicles properly during chemotherapy can also lead to lower testosterone production.

Men take anabolic steroids for a variety of reasons; to gain muscle mass, confidence or perhaps even acceptance.

However, anabolic steroids can cause testosterone deficiency. 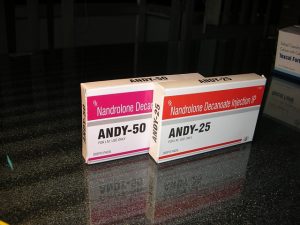 Most men have no idea of the consequences when they take anabolic steroids.

They’re unaware that when they take steroids, they shut down their own testosterone production.

When they come off a steroid cycle they feel terrible. Their body has stopped producing testosterone.

A study comparing the performance of weight lifters who used anabolic-androgenic steroids revealed that those athletes who used steroids ran the risk of having low testosterone.

And yes, this was even after stopping their use of steroids.

And often, the damage done to their endocrine system is irreversible.

The pituitary gland is part of the endocrine system and is responsible for producing hormones in the body.

They include hormones which are vital to testosterone production: Follicle stimulating hormone (FSH) and luteinizing hormone (LH).

Most of the time, gonadotroph adenomas are nonfunctional or do not produce enough hormones to induce symptoms. But when they do, they can interfere with the natural hormone process which can result to low testosterone.

The root cause of testosterone deficiency varies in every individual.

Some cases are more clear cut – like pituitary tumours and impact trauma to the testes.

Some of the causes are more insidious. Obesity and environmental toxins are rampant in our society.

However, regardless of the cause, it’s important you address low testosterone. Otherwise you will become a passive participant in your own life.

Aside from that, low testosterone has been associated with increased mortality.

The NHS still does not fully understand testosterone replacement therapy.

For the #1 in patient care and knowledge of testosterone replacement therapy in the UK – look to balance my hormones.